I’ve never been a fan of the traditional rich Christmas fruit cake, but it just doesn’t feel like Christmas without a cake! So every year I whip up a big ol’ layer cake for the family to enjoy that’s a bit more modern in style. This year I decided to emulate my buttercream flower wreath cake and create a wintery version as I loved that cake so much!! Its the proudest I’ve ever been, so I knew I wanted to try the style again. I did downsize slightly and kept the flowers to one side. I love how it makes it look a little more elegant and so so festive!

So that’s how my Christmas wreath cake was born.

Flavours wise I decided to create an earl grey sponge with a vanilla swiss meringue buttercream. The bergamot flavour from the tea gives it a lovely subtle festive note, without being too overpowering. I also created an earl grey cake soak to enhance the flavour and ensure the cake stayed moist and flavourful throughout. I really think cake soaks are worth taking the extra time to create, especially if you’re not serving the cake on the day you baked it. The earl grey sponge is really the star of this christmas wreath cake, but swiss meringue buttercream is my absolute favourite for layer cakes. It’s so luscious without being too sweet, and is so smooth making it the easiest buttercream to get a crisp finish. It also works really well for piping flowers as they keep their shape so well. I always pipe mine onto small squares of parchment paper attached to a flower nail, that way you can then place them in the freezer to harden which makes your life ten times easier when placing them on the cake.

For decoration I also added cinnamon sticks to look like twigs, and small dots of buttercream to act as holly berries. I really love the look and taste of this Christmas wreath cake, its subtly festive and super pretty. 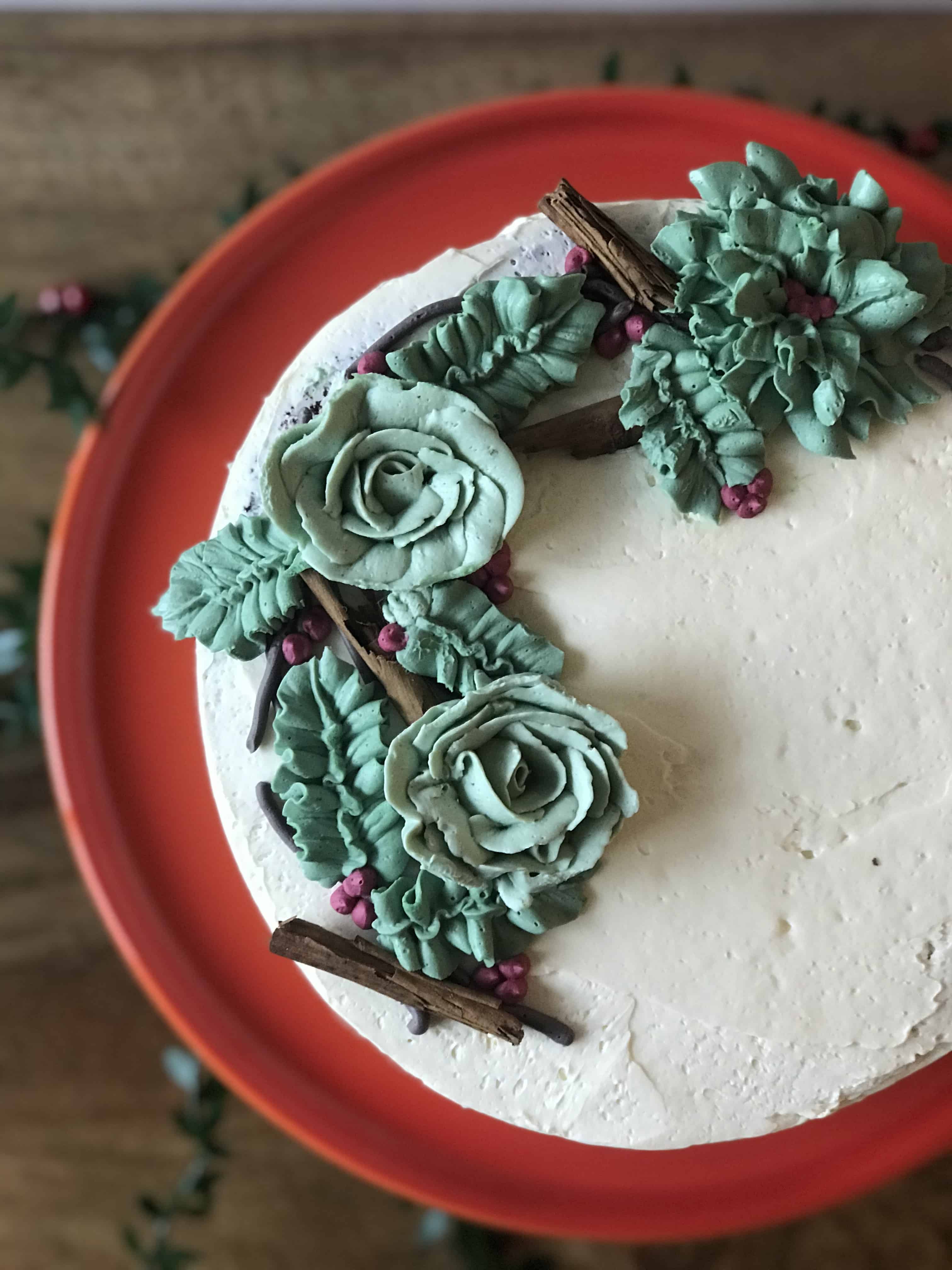