I love snowglobes. I think as a child I found them quite magical and fascinating, so now when I look at them as an adult they remind me of the excitement and magic surrounding Christmas as a kid. I saw this idea on Pinterest and thought it was SO cool! Though obviously, with most things on Pinterest it’s never as easy as you imagine!

I also made the cupcakes on a Saturday, leaving the snowglobes to dry overnight. Then proceeded to drink wayy too much at a party and be so hungover the next day that I couldn’t face taking pictures of the snowglobes till the afternoon when I’d lost natural light. So lesson to all, don’t get drunk on a baking/photography weekend. Though I imagine the different light in the pictures is probably more aggravating to myself than anybody else! It definitely takes some practise to get the snowglobe right, but they can look so adorable once they are! It’s all completely edible too, as you make the globes from gelatin. The process to make the snowglobe is actually fairly simple, but you’ll need a fair bit of time for the gelatin to dry. Overnight is perfect though!

To create the snowglobe shape, you’ll need to blow up some small balloons. Then melt the gelatin sheets over a low heat until its a thin enough consistency to be able to dip the balloons in. These are then left to set overnight until the gelatin is no longer tacky. The balloons can then be (carefully!) popped and you will be left with a hard shell-like snowglobe to place over your cupcake. Stopping the balloons from sticking together was an issue! But I figured it out below, by sticking skewers through the balloon tie and sticking them into polystyrene. For the base of the snowglobe, I made gingerbread cupcakes which are so moist and have the perfect amount of spice. I topped the cupcakes with a little vanilla icing, and some sugar sprinkles to look like snow. For the decorations inside the snowglobe, I used fondant icing to create presents, trees and snowmen. You could make any little decorations you wanted, but modelling fondant is nottt my forte so I tried to stick to quite simple shapes!

I really hope you give these snowglobe cupcakes a go, even with the added effort and time I think they’re so worth it! And best of all they taste delicious and super festive! 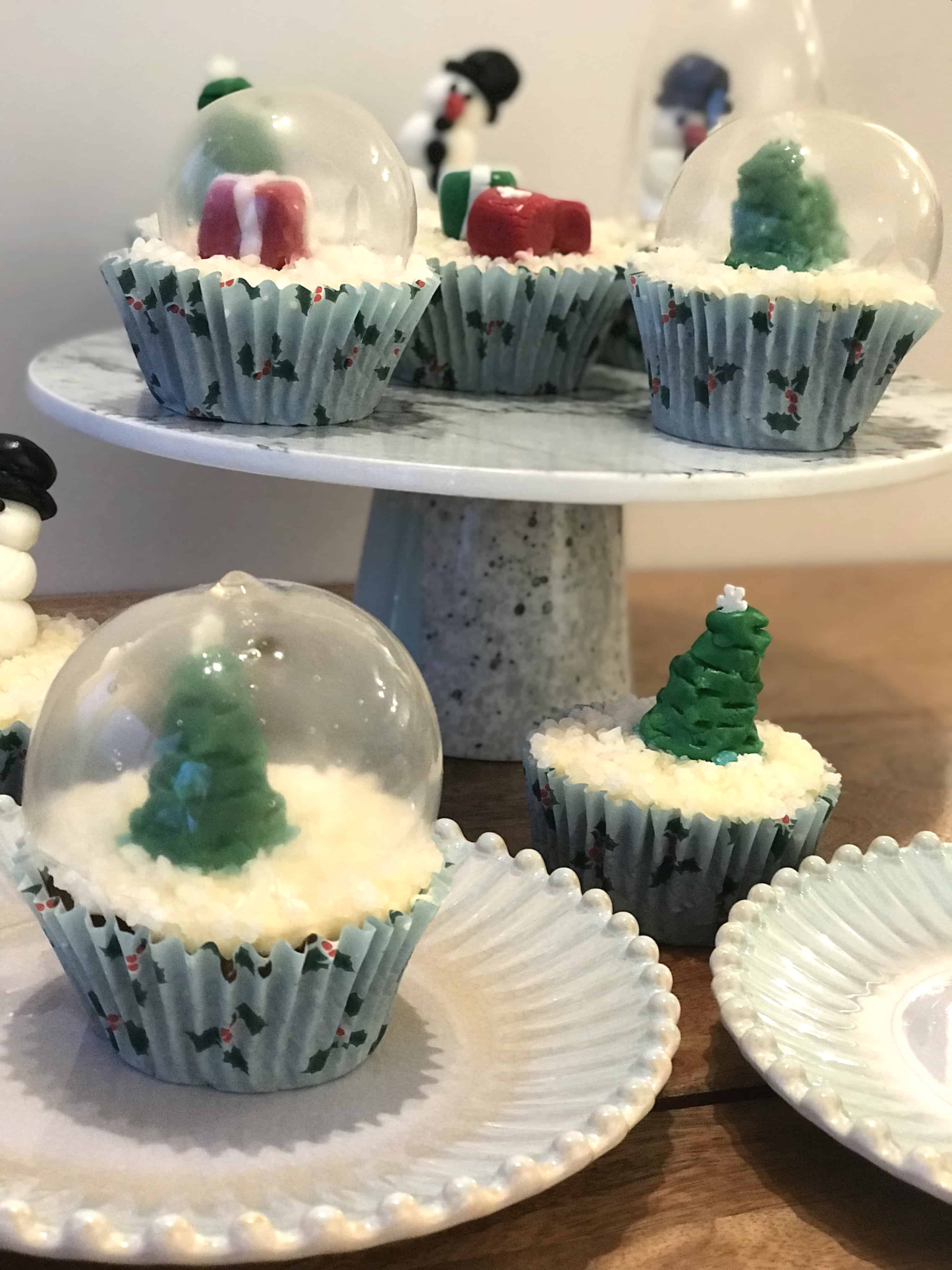