A delightful teatime treat! These welsh cakes are the perfect store cupboard bake. Only made better when eaten fresh off the stove! Ah the humble welsh cake. A teatime treat, that has been popular in Wales since the late 19th Century (or so Wikipedia tells me!).

I went to university in Wales, Bangor in North Wales to be precise and I have a lot of love for the country. The countryside is beautiful, the accents are amazing and they have some pretty good food. Welsh rarebit and bara brith to name a few. And obviously, the welsh cake is up there.

But that’s not the reason I made them! Actually, I saw on Facebook that someone had made a tower of welsh cakes into a beautiful arrangement for a substitute wedding cake! Aside from thinking it was a wonderful idea, it made me reallyyy want to eat some again. I’d never made them before, but I figured this was as good a time as any to learn how! They’re definitely a store-cupboard bake, which makes them so easy to knock up for an afternoon snack! I kinda see them as flat scones – they’ve got pretty much every ingredient just less of the milk and more of the currants. Don’t let ‘flat scones’ put you off though, these are delicious in their own right. Served warm with a smear of butter; they’re an absolute delight!

The method is super simple, sift the dry ingredients together – including a teaspoon of mixed spice which complements the currants perfectly. You then rub in the butter, and add the fruit. You then add the egg to form a dough. At this point you can add a splash of milk if its a little dry, but mine was fine without!

Then you’ll need to begin rolling out the dough and cutting out the little cakes. My dough was fairly sticky at first, so make sure to flour your surface area. When it came to cutting, I used a 2.25inch round fluted cookie cutter, which made 20 little welsh cakes. Now we come to the slightly tricky part, the cooking! It seems strange to say cooking when I’m talking about cakes, but these welsh cakes are cooked in a frying pan – or traditionally a bake stone. With a smear of butter in the pan, you cook them on either side for about 3 minutes on a medium heat. You need to watch your little cakes to make sure they’re aren’t browning too quickly, but they’re still cooked all the way through. It’s a tricky one to get first try, and mine were a little burnt. It’s nothing a sprinkling (or in this case a dollop!) of caster sugar can’t fix however, which is your last and final step. Aside from devouring them obviously!

Let me know how you get on, or if you’ve had welsh cakes before! 🙂 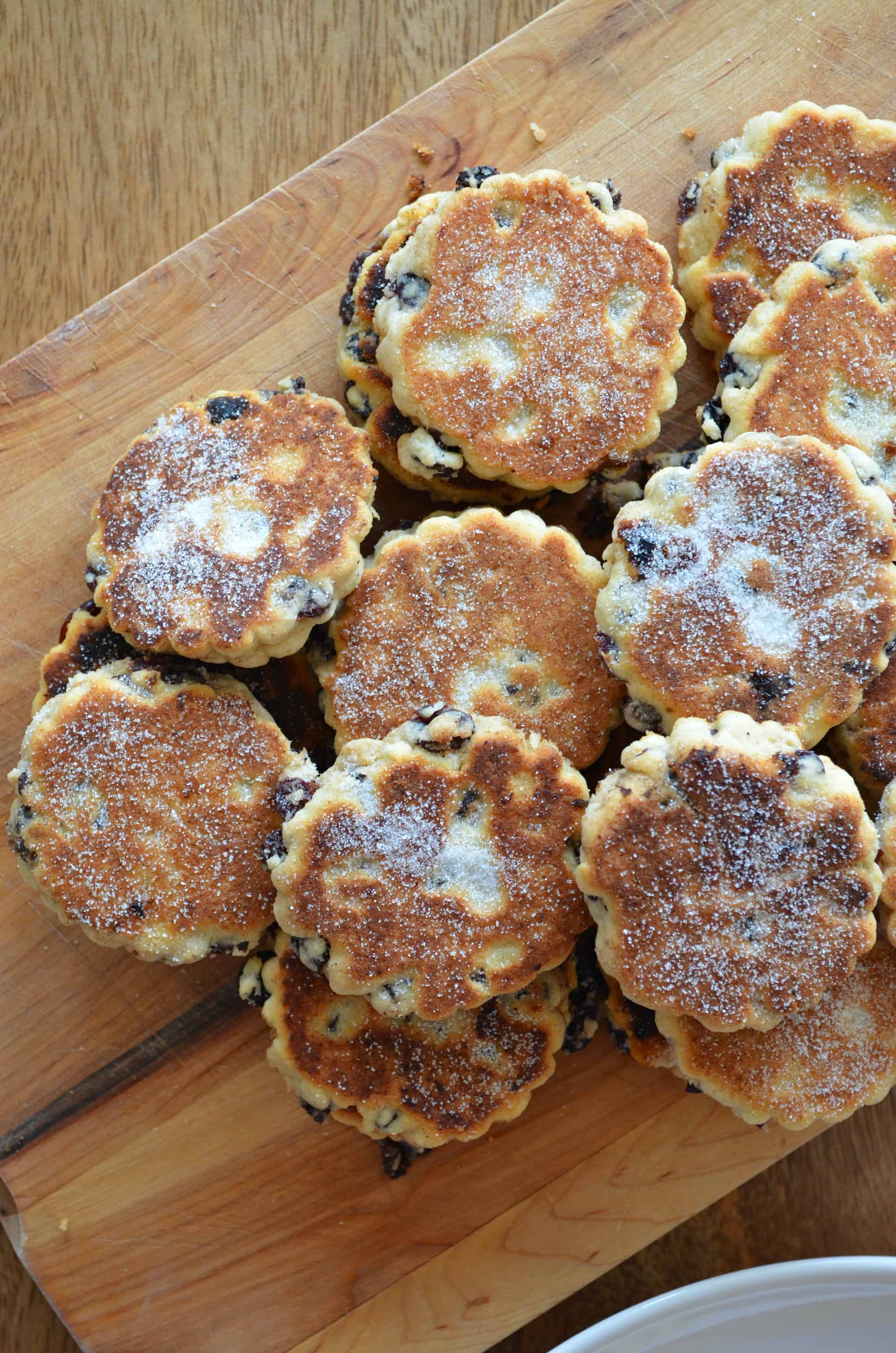