The Victoria Sponge is a very British affair. You imagine a garden party on a summers day; Pimm’s in one hand, cake fork in the other ready to devour a generous slice of this delight! Its one of those classic bakes that everyone has in their repertoire, but is surprisingly tricky to get exactly right.

For me, this is one of the very few cakes where I favour the all-in-one method. Put simply you chuck all ingredients in the bowl, give it a mix and its in the oven before you’ve finished your tea! The perfect Sunday bake really.

The filling of a Victoria Sponge is a a highly contested matter. Some people will not deter from the traditional cream and jam – though I’ve been known to put buttercream in myself and its gone down a treat! Up until about this time last year I wouldn’t touch cream, so I’m not adverse to the non-traditional route. However, for this post I decided to stick with tradition to make the Ultimate Victoria Sponge.

The Victoria Sponge was named after Queen Victoria who used to have a slice with her afternoon tea, and for that I thank her. She was also one of the instigator’s of afternoon tea with all the trimmings, so I think we’d have got on brilliantly!

On with the recipe, adapted from How to Bake 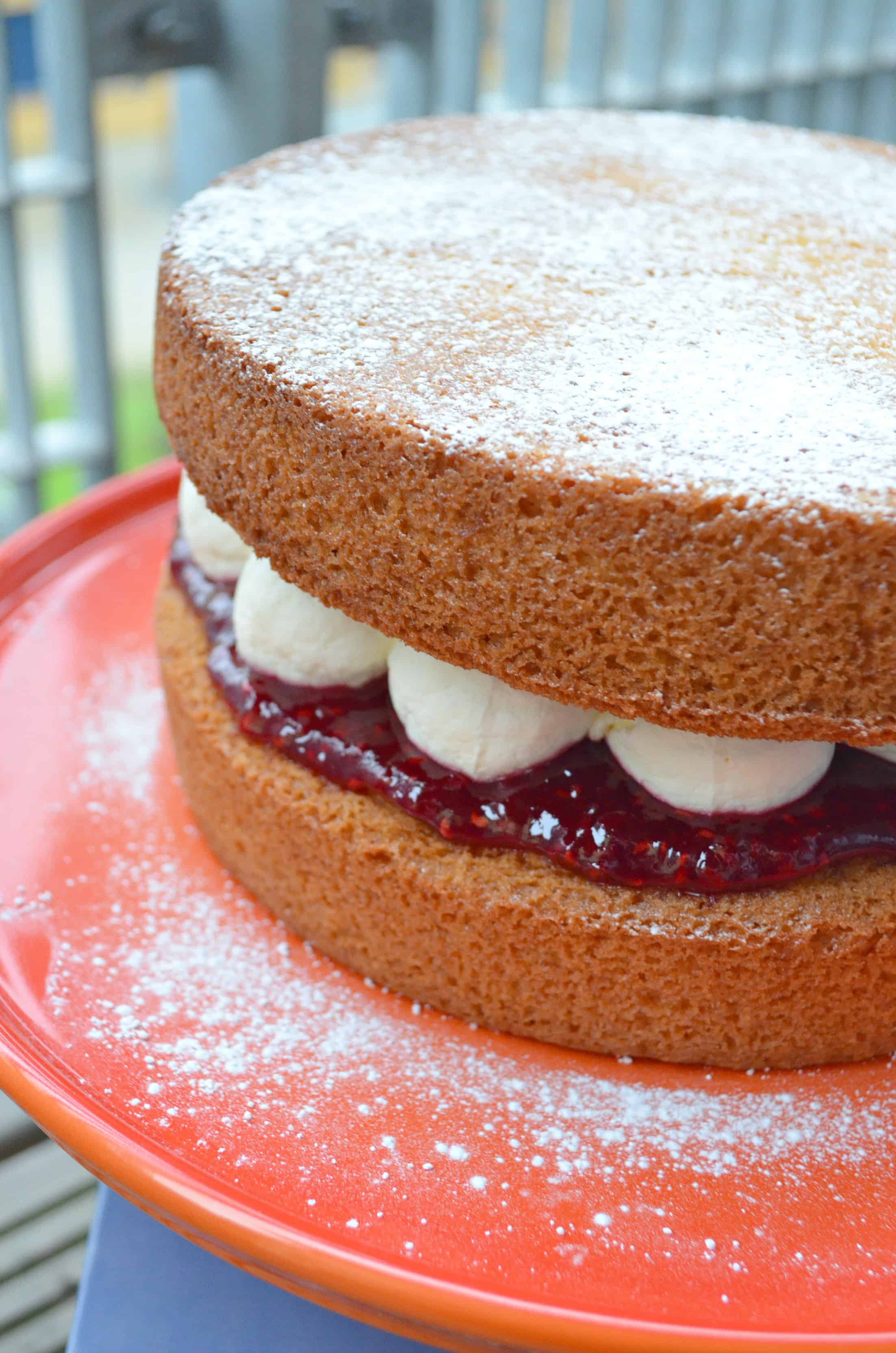 Disclaimer: Please note that some links are affiliate links and I will earn a commission if you purchase through those links. I only endorse products that I myself use and would recommend.